Assemble Studio is a collective of young architects and artists. Graduating into a recession, they have taken an unorthodox route into practice by engaging in self-build and community projects. Their work involves a strong research element, sometimes into alternative forms of construction. Building not drawing lies at the heart of the studio, though some of their drawings are in fact quite beautiful.

They already have a diverse portfolio of built work for fringe venues on minimal budgets in forgotten spaces. Previous notable works include ‘The Cineroleum’ - a temporary cinema in a disused service station on Clerkenwell Road and ‘Folly for a Flyover’ – also a cinema erected in the left over space below the east and westbound lanes of the A12.

Here in Dalston they were approached by Café Oto, who wanted a performance space of approximately 50m2. The music venue has a two year lease and the site is reserved for future Crossrail development. The lease may be extended to allow them to operate here longer.

The site was an empty lot. Before that, it was a depot for TfL and before even that a development site for flats. Piles and the ground floor concrete slab went in before the development stopped. Assemble discovered the slab during excavation and have used it for their foundations.

The existing surface was covered with sub base and other debris, which Assemble have used to make the building’s walls. The outside is finished with a thick layer of what they name ‘rubbledash’, which is also full of large chunks of brick and paving. The site is literally pressed into the walls. They foreground this ‘nothing’ material, investing it with poetic qualities, making visible the journey from site to building. Being rendered, the walls are monolithic and massive. They appear archaic, as if long standing and now eroded. The aesthetic is far removed from today’s aesthetic of modular facings and light weight rain-screens.

The walls themselves are also made from rubble bags. However, viewed externally this construction is largely invisible. The only place where the bags are left exposed as laid is along the rear wall abutment with a neighbouring building.


Rubble bag construction is a close derivation of earth bag construction. Robust bags are filled with rubble, laid in courses and rendered. Both methods are inexpensive and straightforward. Both are typically built with semi-skilled labour. Assemble’s Alice and Frances Edgerley (cousins) did the bulk of the manual labour with a group of dedicated volunteers, using diggers, breakers, tampers and shovels. Assemble also obtained technical guidance from CAT (The Centre for Alternative Technologies).


The rubble gathered from the site is crushed to form a balance of aggregate sizes and mixed with introduced sand to improve compaction. The long walls are buttressed for stability. Timber spikes are hammered through the bags. ‘Chicken’ wire is laid at regular courses to improve the friction between the rows. Rope is wrapped around the bags to tie one course to the next.


The bag construction is fully revealed inside. The exposed bags are pliant to touch and the space is acoustically warm. Associations with bunkers or anti flood measures are inevitable, though Assemble themselves do not make this allusion.


Above the walls sits a ply clad structure. Its shape clearly recalls a pediment. Many of Assemble’s projects freely employ classical motifs. They do this without disguise, irony or mannerism. It is reasonably easy to think of other young British architects who also take classical types as an available tool and limiting devise. This frank usage of classicism could be viewed as a generationally defining feature.


The pediment projects beyond the sides of the earth bag walls, protecting them from the rain. This is ‘correct construction’, though less of a requirement than had the walls been earthen. The overhang is as much about proportion as technique. It forms an equal and opposing volume to the walls below. The overhang also creates a zone for hinged panels to flap down inside, providing the room with ventilation.

Inside, a series of thin member timber trusses span between the long walls. These are set fairly low down, giving the space a quasi roof-like feel. The plywood volume construction is basic and albeit far from perfectly level, the detailing is considered. Even though made of standard members fixed with gang nail plates, Assemble take evident pleasure in the ply volume’s articulation. There is something Taliesin West about the quick rhythm of members and stepping of section sizes. Whether Frank Lloyd Wright is a specific reference is not, Assemble don’t say. Frances Edgerley does however speak of the studio having a ‘sweat equity’ business model and that is she notes was a concept employed by Wright.


Assemble Studio’s work demonstrates a specific vision, purposefully articulated and radically practised. They explore the qualities of found spaces and ignored places. The site is the material from which they develop each project for each new building is an act of participation in an existing context. They work with the ‘natural’ waste of industrialisation. By their physical labour and intellectual effort they transpose the site’s man made geology and the forces which have shaped it. 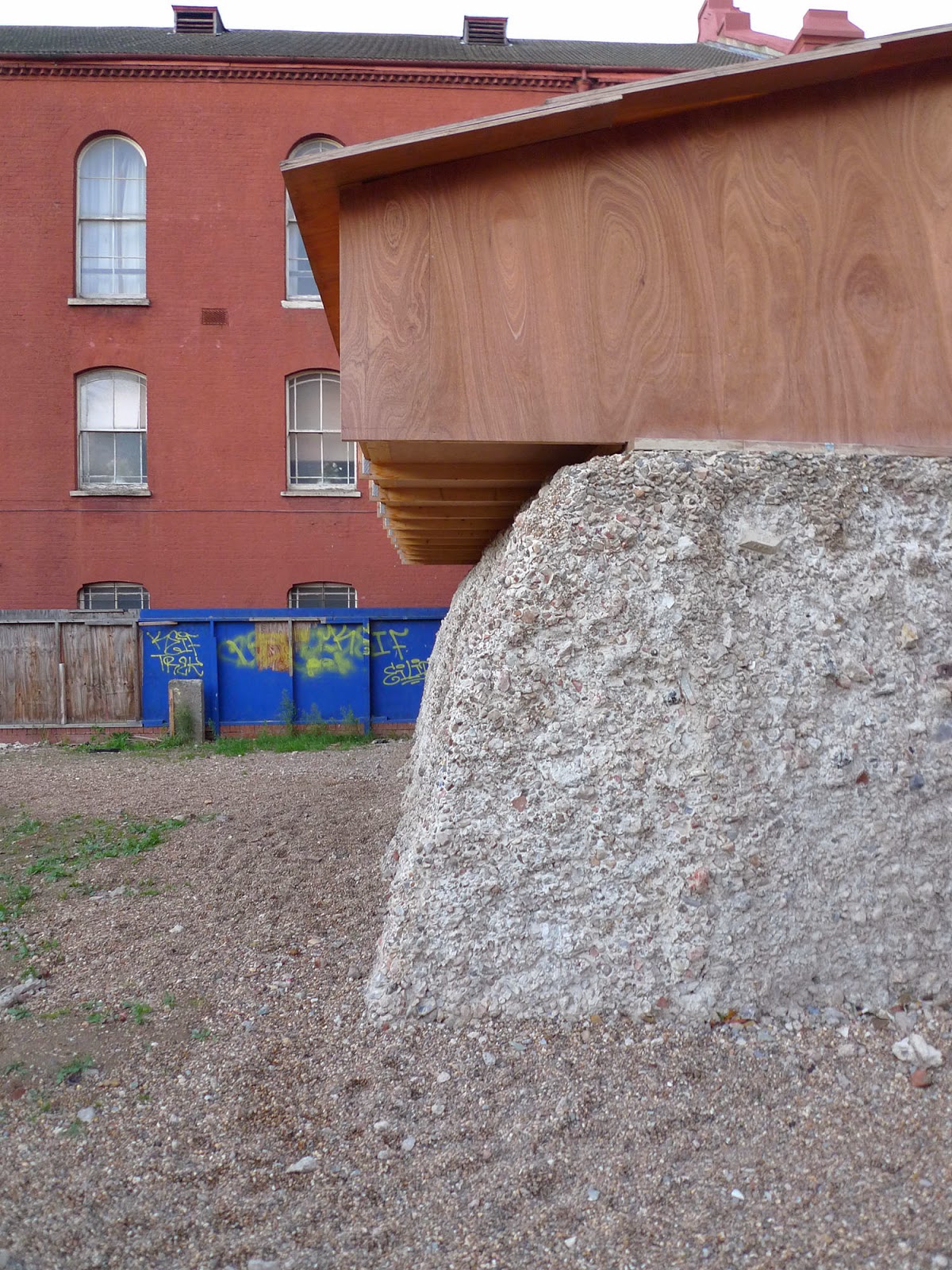 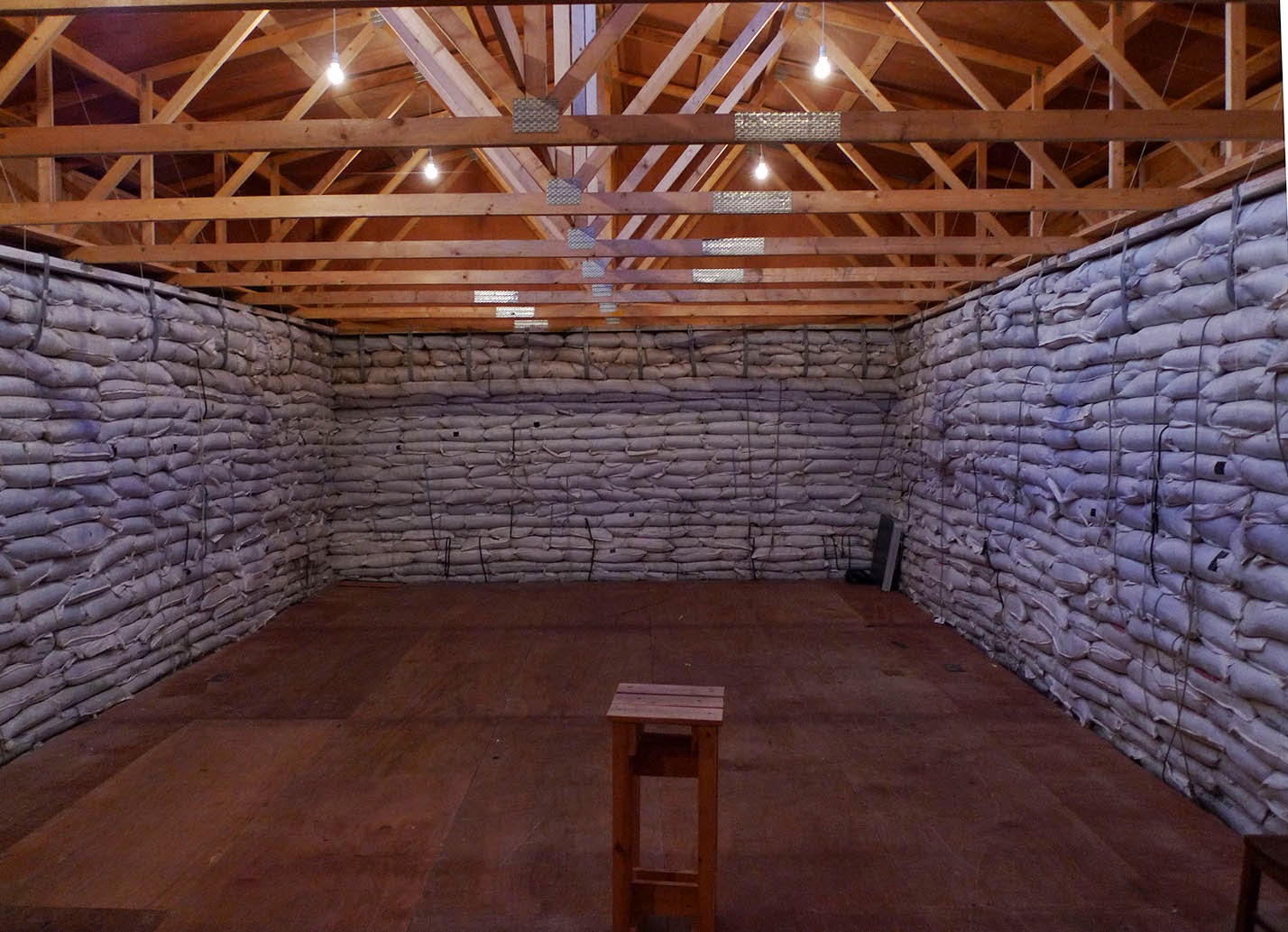